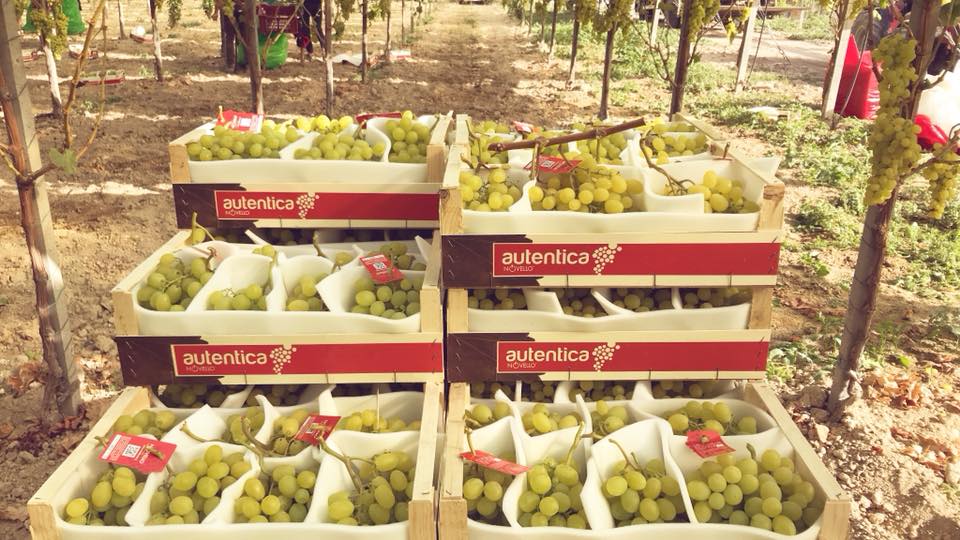 In a market increasingly invaded by low-end products, with reduced quality, the real key to success is to present themselves with offers that are able to attract consumers for their taste and uniqueness, prompting them to reacquire them later.

“With this in mind – explains Salvatore Novello of the company named Novello & C. of Mazzarrone (CT) to FreshPlaza – our company vision is to bring back the old flavors on the tables of consumers.” We will do it with Autentica, a project linked to a productive technique, able to enhance and enhance the characteristics of the grape that has made us known throughout the world, the variety Italy.We will therefore focus on the scent of muscat typical of the cultivar, on the straw color typical of the white soils of the area, on finesse of the peel and on the territory “.

“The authentic table grapes with a unique and unrepeatable taste: this is an adjective that can also be recognized in the main foreign languages”. If the flag of Autentica is the Italian grape, the project is still open to all other varieties. The specification – under registration – provides for the respect of plants and the prohibition of some more industrialized agricultural practices such as the use of hormones or plant growth regulators that tend to flatten tastes and to lose the characteristics inherent in the product.

New season at the door
“The campaign of table grapes – continues Novello – is in line with other years, except for the last one we started ten days late, with the first fruits in the greenhouse, mainly of the Victoria and Black Magic varieties, with some seedless, they have a good quality and a harvesting period that fits well on the European market, quite free in that the volumes from the southern hemisphere are limited, because of the dry and very dry winter, the grapes have a higher sugar level “.

The first week of June will officially mark the beginning of the season. “For the entire sixth month of the year it will be harvested in the greenhouse: from the point of view of the shape and the cleanness of the bunch, the product is good, with a good uniformity of the grapes. in the average of the last years “. The campaign will continue until December with the Italy, Red Globe and some late diseedless matches.

95% of the company’s grapes are exported, mainly to European countries such as France, Switzerland, Germany and Belgium (65% Large-scale distribution, 35% traditional markets). “The quality product makes the difference in the Swiss and Belgian markets, but also France has a tendency to enhance the organoleptic qualities of Sicilian grapes.In recent years, Germany has also grown from a quality point of view, refining tastes; until a few years ago it was considered a cruder market, and we managed to arrive with a few games in the Middle East and Central America, and then we would have to enter the Canadian market, after the visit of the Canadian plant health inspectors 12 October 2015 (see FreshPlaza of 10/19/2015) “.

Annual Meeting of Novello
Yet another success for the usual Meeting organized by Novello, on the occasion of the upcoming commercial season. The themes dealt with are many and interesting. From the technical ones, in the production area with its peculiarities and difficulties to new techniques of production and protection of the territory through the use of non-invasive products that are harmful to the environment.

“The Novello company – says Novello – has three generations of winemakers and the events we organize have the main purpose of passing down some values ​​and practices to future generations, as well as an ambitious project that is to raise the level of knowledge and attract ‘attention from researchers to bring them closer to our territory and the sector for too long left to their fate “.